Lectures on the History of Joseph 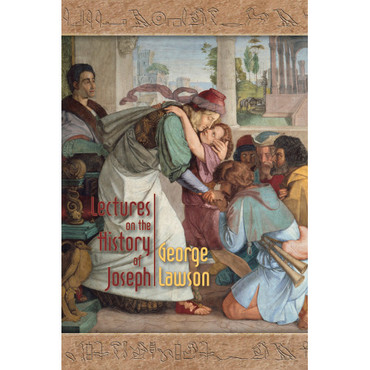 Lectures on the History of Joseph

This series of lectures covers chapters 37 to 50 of Genesis, focusing on Joseph’s life but including Jacob’s prophetic statements regarding his twelve sons in Genesis 49. Lawson makes profound and searching observations relating Joseph’s life to many aspects of Christian experience. It will be appreciated by all readers for its readability, but pastors will also prize it for its surefooted handling of the more difficult questions relating to the events covered.

George Lawson (1749-1820) was for forty-nine years the minister of the Scottish Succession church in Selkirk. He became renowned as a writer alongside his preaching, producing commentaries on Proverbs, Ruth, Esther, the life of David and this work on the life of Joseph.