Lectures on the Book of Esther 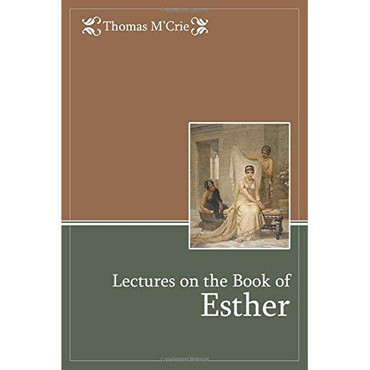 Lectures on the Book of Esther

Thomas M’Crie (1772-1835) was a Scottish preacher in the Secession church, known for his scholarly historical studies such as his Life of John Knox. His preaching was characterized by warm eloquence and his pastoral concern is evident here, with many applications made to practical Christian living. Each of the eighteen lectures focuses on a section of the Book of Esther. M’Crie makes perceptive observations on the nature and workings of Providence and the role of the Lord’s people as His instruments, emphasizing the need for total dependence on Him. Preachers will find this stimulating, but its focus away from purely scholarly or technical discussion makes it an enjoyable read for all believers.