The Drama of Christianity

The avowed purpose of this study is an Interpretation of the Book of Revelation, otherwise known as the “Apocalypse” – its literal designation in the Greek being equivalent to an “unveiling.” No studied attempt will be made either at exegesis or exposition, except incidentally in certain strategic texts, or distinct parts, which necessarily involve the question of interpretation.

Notwithstanding the name Apocalypse, literally translated, signifies an “unveiling,” yet it is a “sealed” book to multitudes of earnest Bible students. It falls little short, seemingly, of irony in its professed object as an “unveiling,” while as a matter of fact in its practical understanding by the church in all ages it is a concealing. The reason of this confusion of thought is due largely to the fact that many regard it as a prophetic revelation of the future, instead of an “unveiling” of the purpose of God in the Christian Dispensation.

The vast majority of devout people have nevertheless always received from individual texts, and detached portions, comfort in sorrow, resignation in trial, and inspiration in life’s conflicts, which have rendered it invaluable in the religious experiences of the saints in all the history of the church – perhaps a larger service than if they had been furnished instead merely a key to its interpretation. In other words, the lack of a full understanding of its scope has never interfered with its practical value to the child of God as an unfailing consolation in deepest distress. Nevertheless, it was written and intended for study, meditation and understanding. “Blessed is he that readeth, and they that hear the words of this prophecy,” is its initial promise, (Revelation 1:3). Equally significant is its closing threat against violating the integrity of its message, (Revelation 22:18-19).

Among the Church Fathers Chrysostom makes no allusion to it. Luther undervalued it; and so did Calvin, chief of the Reformers, notwithstanding his voluminous commentaries on other books of Scripture. Was it Spinoza – or Immanuel Kant – who avowed that its author was a fit subject for the lunatic asylum? Each writer who offers a new interpretation is regarded with similar suspicion, and must first of all overcome the suggestion of presumption as guilty of “rushing in where angels fear to tread,” – and where the greatest of Biblical scholars have confessedly failed.

Despite these unfavourable considerations, the author makes no apology for this contribution to the study of the Apocalyptic literature of the church. “Revelation,” once the most confused and confusing to him of scriptural writings, is now a new book as clear as crystal. His confusion in the past was due largely to the fact that the Judgment Scene occurred seemingly in the wrong place – at the end of the sixth chapter and in several other unaccountable places, rather than appropriately at the end of the book. Instead, therefore, of a meaningless, haphazard arrangement of its contents, the Book of Revelation is now to him a perfect unity, the most methodical and symmetrical of all the inspired writings. His interpretation doubtless will be compelled to run the gauntlet of possible rejection by reason of this very contention, that Revelation is the most perfect in conception and unique in its arrangement of any book written either by sacred or secular authors.

The first insight into its meaning was furnished by a hint of Professor William Milligan, of Aberdeen, Scotland, nearly forty years ago. In his treatise, “The Revelation of St John,” he suggested the thought that it consisted of a series of visions, each in the form of a panorama, not occurring in historic succession, but as repetitions of the same events in entirely new settings from different angles, each having a distinctive object in the various presentations. It was not entirely original with Milligan – being as a matter of fact centuries old – but interestingly and forcefully presented. Obligation to him is hereby acknowledged for the seed-thought, that developed in the mind of the author into a conception of its meaning, which he first published as a newspaper article in 1892 during his pastorate in Macon, Georgia.

No apology is offered Professor Milligan for this adaptation of valuable material – much of it being common property – which, however, will differ from him in important details. Many other authorities have aided this study, which call for no acknowledgment, but their contributions will appear as quotations.

This contribution to the difficult subject of Apocalyptic literature is given publicity, not as propaganda in the interests of any theory of the Millennium, but that others may be similarly benefited by this suggested key to a clearer understanding of the scope and purpose of the Apocalypse; or, at least, that they may be stimulated to further research as to “the mind of the Spirit” in its production.

“He that hath an ear, let him hear what the Spirit saith unto the churches.”

Copyright. Used with Permission. Taken from The Drama of Christianity: An Interpretation of the Book of Revelation by Samuel L. Morris. Available at Trinity Book Service

Faith’s Response to Melancholy: When Sorrow is Excessive

Faith’s Response to Melancholy: When Sorrow is Excessive  by Richard Baxter It is too notorious that excessive sorrow for sin is not the ordinary case of the world. A stupid, blockish disposition is the common cause of men’s perdition. The plague of a hard heart, and a seared conscience, keeps most from all due sense of sin, [...] 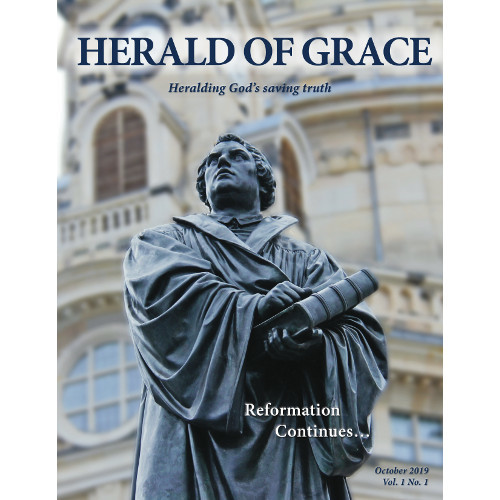 Herald of Grace: Heralding God's saving truth  For some time now, our website www.heraldofgrace.org has made available excerpts from books, sermons, and magazines, as well as articles and essays on a variety of biblical subjects. The authors of these materials include figures from history, as well as current pastors and writers who have given permission to [...]

Comfort in Sickness and Death

Comfort in Sickness and Death: The Sickness, Death and Resurrection of Lazarus  by Robert Murray M’Cheyne The Lord Jesus Christ loves His people, and this is seen throughout the events surrounding the death and raising of Lazarus in John 11. Each of the seven gentle but compelling messages contained in this book focuses on themes calculated to [...]

The Good Work of Grace

Lectures on the Book of Ruth by George Lawson The design of this book, say some, is to give us the genealogy of David. This certainly could not be the chief design either of Samuel, who is generally supposed to be the writer of it, or of the Spirit of God, in giving us this history. The [...] 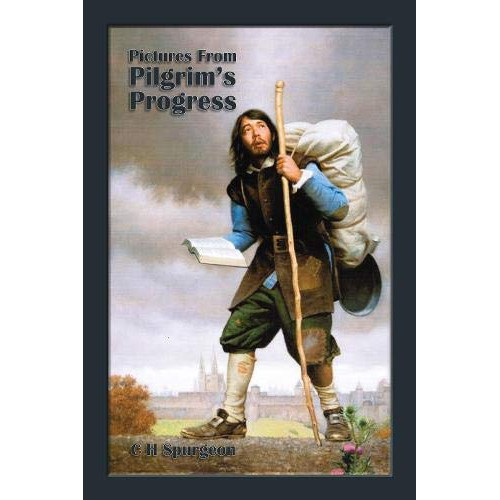 Pictures from Pilgrim’s Progress by C.H. Spurgeon When it was first reported to me that a series of addresses on “The Pilgrim’s Progress” had been discovered, I rejoiced as one that findeth great spoil, for I hoped that after enriching the pages of “The Sword and the Trowel” these fragrant flowers might be gathered together into a [...] 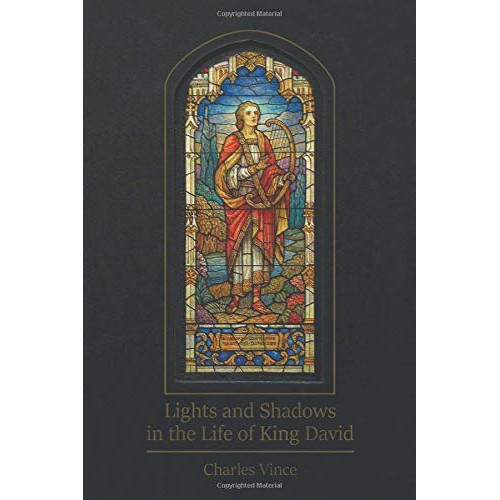 Lights and Shadows in the Life of King David

Lights and Shadows in the Life of King David by Charles Vince The Christian’s life is one of ups and downs. This is also true of the significant characters in the biblical record. This collection of messages on the life of David focuses on some key high and low points in his spiritual experience and is full [...] 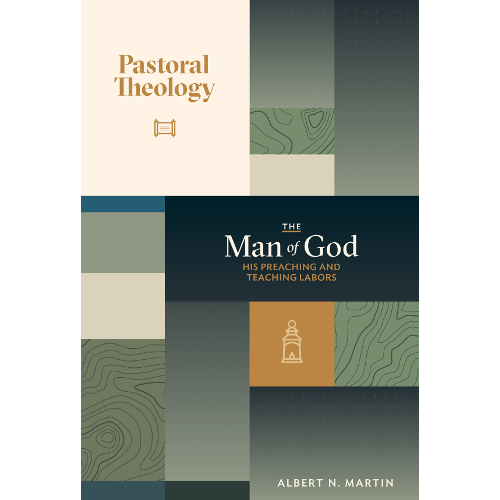 Pastoral Theology, The Man of God, Volume 2: His Preaching & Teaching Labors by Albert N. Martin Among the manifold responsibilities and privileges of being a scripturally-recognized elder in Christ’s church who is set apart to “labor in preaching and teaching” (1 Tim. 5:17), no function in that office is of greater importance than that of the [...]

The Christian’s Library — Suggested Principal Books Important qualifications: This list of recommended books is not intended to be a comprehensive list. Rather, it is a selected recommendation of some of the books that are carried by Trinity Book Service. The purpose of this is to give pastoral guidance and counsel with respect to reading material to [...]