The Gospel & Epistles of John by F. F Bruce 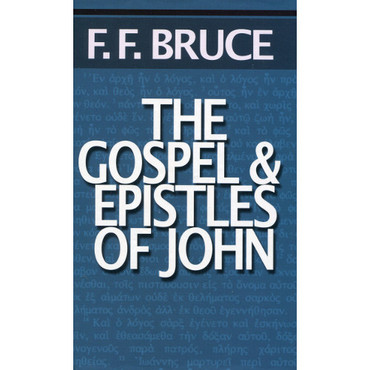 The Gospel & Epistles of John by F. F Bruce

It is sad that I have been teaching the scriptures for many years but have never yet read Bruce until recently. This book was one of the more enlightening reads that I have encountered in a journey through John's Gospel.

Anyone who studies the writings of John will likely be overwhelmed by the cascade of literature that is available on this gospel. So the question that one might ask is why should I buy this book rather than another of the many available commentaries on the same subject. Let me give you a few reasons why this book stands out:

1. Bruce's knowledge of New Testament culture and history is excellent. There were stories that he was able to fill in that many of the other commentaries I have read were silent about. For one thing he knows a fair amount of information about the scrolls themselves and is able to comment authoritatively on the original text. He knows the history of the period well enough to connect things to the culture. For example: In John 9 Jesus heals a blind man on the sabbath which causes a rift among the Pharisees over whether Jesus is a sinner or whether he is of God. Bruce fills this in with material about the followers of Shammai and Hillel and this gives a new dimension to the story.

2. Bruce is easy to read. His book is well adapted for both scholars and layman. It is not weighed down by so many technical terms that is difficult to follow. It is written in clear language minus the unnecessary jargon. He does consult the Greek and provide varying viewpoints on occasions but it does not weigh down the book and distract from the main points of thought.

3. This book is written from a very conservative viewpoint. This is not to say that he is not critical of the text but he is less likely to make big leaps in deciphering symbols or phrases. He was of the reformed tradition theologically but is always hesitant and respectful when he discusses parts of John that tend to be divisive.

Overall, this is a great book and he covers thing about John that are not usually brought up in other commentaries. It comes highly recommended.