Eric Liddell: Something Greater Than Gold (CHRISTIAN HEROES: THEN & NOW) 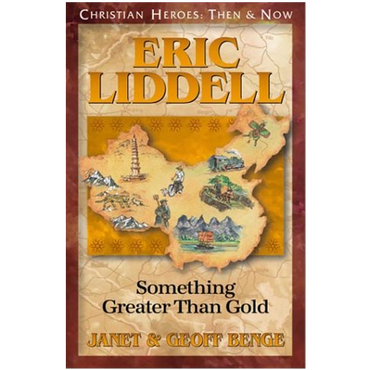 Eric Liddell: Something Greater Than Gold (CHRISTIAN HEROES: THEN & NOW)

Eric's refusal earlier that week to run on Sunday in the Olympic 100-meter race had stunned the world. Now his incredible victory in the 400-meter race further strengthened his belief in God's promise, "He who honors Me, I will honor." Years later, Eric Liddell would be tested far beyond mere physical ability as a missionary to China. His character, perseverance, and endurance are a challenging example for all who would obey the call to bring the gospel to the nations.

Janet and Geoff Benge are a husband-and-wife writing team with more than twenty years of writing experience. Janet is a former elementary-school teacher. Geoff holds a degree in history. Originally from New Zealand, the Benges spent ten years serving with Youth With A Mission.