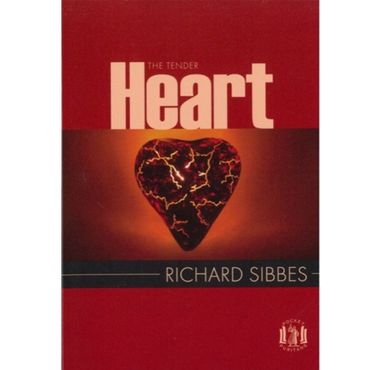 ‘To read the work of a Puritan doctor of the soul is to enter a rich world of spiritual theology to feed the mind, heart-searching analysis to probe the conscience, Christ-centred grace to transform the heart, and wise counsel to direct the life. This series of Pocket Puritans provides all this in miniature, but also in abundance.’ — SINCLAIR B. FERGUSON

Richard Sibbes always sought to get under the superficial layer of his listeners’ behaviour and deal with their hearts, affections and desires. In The Tender Heart, he explains that those who are tender-hearted do not simply desire salvation; they desire the Lord of salvation himself. Only when a person is brought to love the Lord with heart-felt sincerity will they begin to hate their sin truly instead of merely dreading the thought of God’s punishment of it.

Richard Sibbes was born at Tostock, Suffolk, in 1577 and went to school in Bury St Edmunds. His father, a good sound-hearted Christian , at first intended that Richard should follow his own trade as a wheelwright, but the boy s 'strong inclination to his books, and well-profiting therein' led to his going up to St John's College, Cambridge in 1595. He was converted around 1602-3 through the powerful ministry of Paul Bayne, the successor of William Perkins in the pulpit of Great St Andrew's Church.


After earning his B.D. in 1610, Sibbes was appointed a lecturer at Holy Trinity Church, Cambridge. Later, through the influence of friends, he was chosen to be the preacher at Gray's Inn, London, and he remained there until 1626. In that year he returned to Cambridge as Master of St Catherine's Hall, and later returned to Holy Trinity, this time as its vicar. He was granted a Doctorate in Divinity in 1627, and was thereafter frequently referred to as 'the heavenly Doctor Sibbes'. He continued to exercise his ministry at Gray's Inn, London, and Holy Trinity, Cambridge, until his death on 6 July 1635 at the age of 58.


The Trust publishes the Works of Richard Sibbes in seven volumes, together with a number of his writings in the Puritan Paperbacks and Pocket Puritans series. Volume 1 of the Works contains a Memoir of Sibbes by the editor, Alexander B. Grosart.
Endorsement
Great book, great author, one of the very best Puritan writers. It will reach your heart. The Puritan writers are closer to the real truth than any I have ever read, except for J.L. Packer who also loves the Puritans.