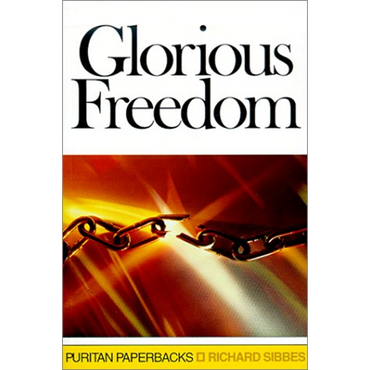 A renowned Puritan shows the transforming liberty which comes from seeing Christ in the gospel. This is an exposition of 2 Corinthians 3:17-18.

The original title of this study was The Excellency of the Gospel above the Law. In it Sibbes described the fuller self-revelation of God in the coming of Christ and its greater effect in those who behold that glory by the Spirit. The vitality of the new covenant results in spiritual liberty and likeness to Christ.

Thomas Goodwin and Philip Nye supervised the first edition of this work which was first published in 1639, four years after Sibbes’ death. They described it as showing ‘the liberty of the sons of God… the image of their graces here and glory hereafter’ and as providing ‘much comfort and great encouragement to all (who) begin timely and continue constantly in the ways of God’.

The text of the original treatise is reproduced here with the minimum of editing.

Richard Sibbes was born at Tostock, Suffolk, in 1577 and went to school in Bury St Edmunds. His father, 'a good sound-hearted Christian', at first intended that Richard should follow his own trade as a wheelwright, but the boy's 'strong inclination to his books, and well-profiting therein' led to his going up to St John's College, Cambridge in 1595. He was converted around 1602-3 through the powerful ministry of Paul Bayne, the successor of William Perkins in the pulpit of Great St Andrew's Church.

After earning his B.D. in 1610, Sibbes was appointed a lecturer at Holy Trinity Church, Cambridge. Later, through the influence of friends, he was chosen to be the preacher at Gray's Inn, London, and he remained there until 1626. In that year he returned to Cambridge as Master of St Catherine's Hall, and later returned to Holy Trinity, this time as its vicar. He was granted a Doctorate in Divinity in 1627, and was thereafter frequently referred to as 'the heavenly Doctor Sibbes'. He continued to exercise his ministry at Gray's Inn, London, and Holy Trinity, Cambridge, until his death on 6 July 1635 at the age of 58.

The Trust publishes the Works of Richard Sibbes in seven volumes, together with a number of his writings in the Puritan Paperbacks and Pocket Puritans series. Volume 1 of the Works contains a Memoir of Sibbes by the editor, Alexander B. Grosart.

This is an excellent book. Sibbes beautifully lays out the importance, value, and centrality of the gospel in the life of the Christian. I found this to be especially helpful in breaking away from my over-developed sense of legalism.

Many Christians and churches will answer ethical questions by saying, "Well, what rule can we find on this topic in the bible?" They then simply apply that rule, which is basically obediance to the law due to fear of punishment from God.

Sibbes will help you see clearly how dependent we are on God's grace, and what a marvelous gift it is that our veil has been removed and we can be transformed into His image. Meanwhile, our job here on earth is to reflect his glory to an unbelieving world.

Excellent book, especially recommended to those willing to read slowly and with much meditation.