The Same Sex Controversy: Defending and Clarifying the Bible's Message About Homosexuality 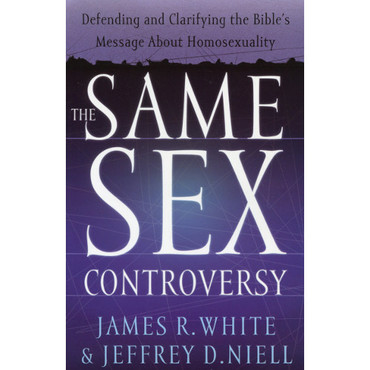 The Same Sex Controversy: Defending and Clarifying the Bible's Message About Homosexuality

In the guise of tolerance, modern culture grants alternative lifestyle status to homosexuality. Even more disturbing, some within the church attempt to revise and distort Christian teaching on this behavior.

The authors write for all who want to better understand the Bible's teaching on the subject, explaining and defending the foundational Bible passages that deal with homosexuality--including Genesis, Leviticus, and Romans. Expanding on these Scriptures, they refute the revisionists' arguments--including the claim that Christians today need not adhere to the Law. In a straightforward and loving manner, they appeal to those caught up in a homosexual lifestyle to repent and return to God's plan for His people.

Appendix A – The Relationship of Law and Grace in Romans 6:14

Appendix C – Homosexuality As an Abomination: Moral or Ceremonial Uncleanness?

James R. White is the author of several acclaimed books, including The King James Only Controversy and The Forgetten Trinity. He is an elder of the Phoenix Reformed Baptist Church, director of Alpha and Omega Ministries Christian apologetics organization, an adjunct professor with Golden Gate Baptist Theological Seminary, and a professor of apologetics with Columbia Evangelical Seminary. He and his family live in Phoenix.

"...well-researched and solid in both biblical stances and emphasis on a need to face this growing trend." -- Church Libraries

"Christians have had few resources to counter the growing trend towards homosexual accommodation in our culture. That has now changed." -- Discerningreader.com

"The book to give to all who want level-headed scriptural teaching as they wrestle with this provocative issue." -- Dr. Joel R. Beeke, Puritan Reformed Theological Seminary, President and Professor of Systematic Theology and Homiletics