The Truth about Islam: The Noble Qur'an's Teachings in Light of the Holy Bible 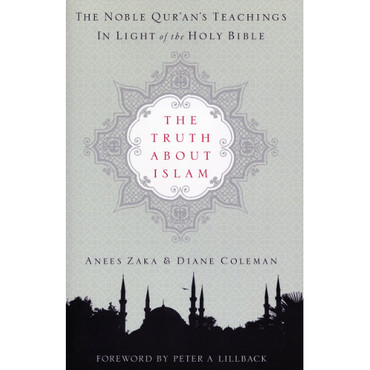 The Truth about Islam: The Noble Qur'an's Teachings in Light of the Holy Bible

Demonstrates that biblical Christianity and Qur'anic Islam are two dramatically different belief systems. Features tables comparing passages from the Bible and the Qur'an.

Diane Coleman (BS, Penn State University) has written teacher manuals, a literature guide, and a company history. She was a founding director and curriculum coordinator for a Christian academy.

Anees Zaka (DMin, Westminster Theological Seminary) is the founder and director of Church without Walls and founder and president of the Biblical Institute for Islamic Studies, both in Philadelphia, Pennsylvania. He is coauthor of Muslims and Christians at the Table.

"Dispels the fog of confused ideas about Islam. The writers carefully examine the Qur’an and the Bible and lay a framework for discussion between these two competing faiths."

"A wonderful exposition of the clear differences between Islam and Christianity. While not afraid to be forthright, the authors present the material in a winsome way."

"Zaka’s passion for Muslim evangelism cannot be expressed more clearly than in this book. . . . Full of Qur’anic and biblical teachings, compared side-by-side, this book is written with truth and grace."

"A practical and discerning tool. Its tables listing excerpts from the Qur’an and Bible are priceless."