The Life of John Murray by Lain H. Murray (Paperback) 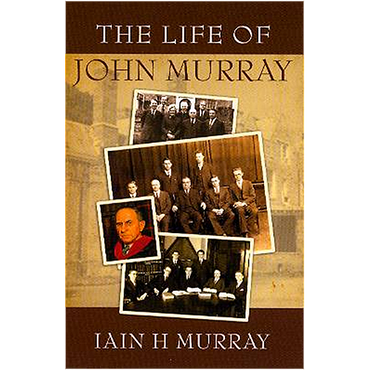 The Life of John Murray by Lain H. Murray (Paperback)

Murray, born in Lancashire, England, was educated in the Isle of Man and at the University of Durham and entered the Christian ministry in 1955. He served as assistant to Dr. Martyn Lloyd-Jones at Westminister Chapel (1956-59) and subsequently at Grove Chapel, London (1961-69) and St. Giles Presbyterian Church, Sydney (1984-84), Although remaining a minister of the Presbyterian Church of Australia, he is founding trustee for Banner of Truth Trust.

Professor John Murray was recognized in his own lifetime as one of the leading Reformed theologians in the English-speaking world. Born in Scotland, he served in France during the First World War, before pursuing studies, first at the University of Glasgow, and then at Princeton Theological Seminary, USA. In 1929 he was invited to teach Systematic Theology at Princeton, and did so for one year, before joining the Faculty of the newly formed Westminster Theological Seminary in Philadelphia. There he shared with such scholars and Christian leaders as J. Gresham Machen and Cornelius Van Til in the great struggle to maintain the old Princeton tradition of theology, represented by the Hodges and B.B. Warfield.

John Murray remained at Westminster until his retirement in 1966. He returned to his native Scotland, married and enjoyed a brief period of fatherhood prior to his death in 1975.

A careful scholar, and eloquent lecturer, a moving preacher, and the author of many outstanding articles and books, Murray’s driving passions were to declare Christ’s Word, advance his cause, and bless his people.

The Life of John Murray, published originally to accompany the four volumes of his Collected Writings, is now available again separately in this popular reset edition.