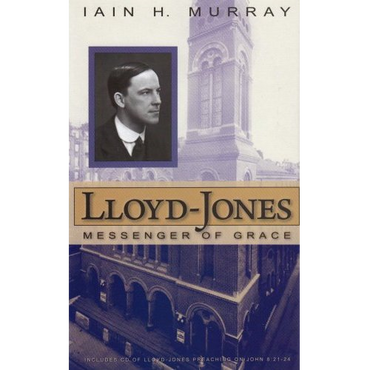 From the Book’s Jacket: “With the death of Dr. Martyn Lloyd-Jones the most powerful and persuasive evangelical voice in Britain for some 30 years is now silent.” So began an obituary for The Times in March 1981, written by John R. W. Stott. That Britain’s leading newspaper declined to accept the obituary was hardly surprising; the preacher at Westminster Chapel was scarcely in step with the celebrities of his age. But it is with more current assessments of Lloyd-Jones that this book engages. For some, great preacher though he was, he belongs only to the past. For others, he speaks directly to the current church situation. Dr. Mark Dever, of Capitol Hill Baptist Church, Washington D.C., could say in 2007, “Martyn Lloyd-Jones is one of the men I admire most from the 20th century, and the longer time goes on, my admiration of him increases. He had a more profound spiritual vision than anyone else I know.” Iain Murray is not here repeating biography but concentrating on three themes he regards of major significance. On the first of these – the nature of true preaching – there is fresh insight on what Lloyd-Jones regarded as of paramount importance. The analysis distinguishes between what was true of Lloyd-Jones as an individual and what is the permanent essence of powerful preaching. The second theme concerns the place that full assurance of salvation must have if Christianity is to be vibrant and persuasive; and the third addresses the claim that Lloyd-Jones’s understanding of the New Testament church was needlessly divisive. There is new material here, including some pages where the author differs with his friend. But Murray seeks to follow Lloyd-Jones in seeing the glory of God as the end of all Christian life and thought.

Iain Murray has provided yet another beautiful and informative look into the life and ministry of a truly great man of God. I am inspired and encouraged by Dr. Lloyd-Jones' ministry, both in his preaching and teaching as well as his conduct and faithfulness in the midst of controversy. He cultivated faithfulness and love for God and people--never letting his love for people compromise his duty to God, and never allowing his duty to God to obscure or undermine his love for people. This man's life and ministry are truly inspirational, and the Church's already massive debt to Iain Murray for his historical preservation on behalf of this and future geenrations has grown even greater with the publication of this book.