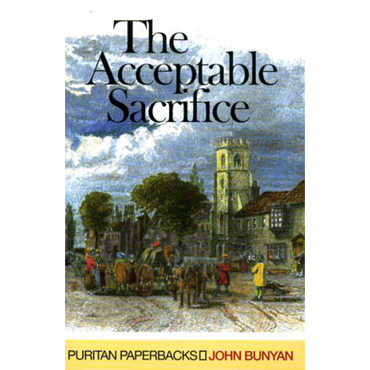 John Bunyan was born in Elstow, Bedfordshire, England, in 1628. He learned to read and write at the village school and was prepared to follow his father's trade as a brazier when the English Civil War broke out in 1644 and he was drafted into the Parliamentary army.

His military service brought him into contact with Oliver Cromwell's Puritan troops. Beginning in 1648, Bunyan suffered a crisis in religious faith that lasted for several years. He turned to the Nonconformist church in Bedford to sustain him during this period. His first writings were attacks against the Quakers. Then Charles II was restored to the throne and Bunyan was arrested for conducting services not in accordance with the Church of England. He spent 12 years in jail. During this time, he wrote his autobiography, Grace Abounding, in which he described his spiritual struggle and growth. During his last years in prison, Bunyan began his most famous work, The Pilgrim's Progress, a two-part allegorical tale of the character Christian and his journey to salvation. Part I was published in 1678 and Part II in 1684. The second part deals with the spiritual journey of Christian's wife and sons, as they follow in his footsteps. With its elements of the folktale tradition, The Pilgrim's Progress became popular immediately. Well into the nineteenth century it was a book known to almost every reader in England and New England, second in importance only to the Bible. So great was the book's influence that it even plays a major role in Little Woman by Louisa May Alcott.

Such expressions as "the slough of despond" and "vanity fair" have become part of the English language. Bunyan's other works include The Life and Death of Mr. Badman and The Holy War. He also wrote A Book for Boys and Girls, verses on religious faith for children. Bunyan died in London on August 31, 1688.

What can man bring to God which will be excellent and acceptable in His sight? John Bunyan's answer may surprise us - a broken and contrite heart. This is the 'acceptable sacrifice' of the title. This is a moving exposition of Psalm 51:17, "The sacrifices of God are a broken spirit: a broken and a contrite heart, O God, thou wilt not despise." In this last work which he prepared for the press, Bunyan shows from Scripture why a broken heart is so acceptable to God. He characterizes the unbroken heart of man, showing why it must be made contrite, and explains the nature of the change which is involved. He also guides the reader in discerning whether this change has taken place, and shows how the heart, once broken, can be kept tender.

The contents in The Acceptable Sacrifice is believed to be a culmination of the years of toil John Bunyan went through and from countless hours he poured over the Word of God to better know the heart and mind of his Savior. Four chapters encompass this work and include the excellency, character, and reason for a broken heart and why a broken heart is esteemed by God.
If you have ever wondered why your suffering has ostracized you from the world system, then this book will enlighten and encourage you to know God is in control. Some may discount Bunyan's quote "The Lord kills before He makes alive, He wounds before His hands make whole" by claiming that a good God would not inflict tough heart wounds to His beloved. God however, knows how to shape a man and in His creation with free will given, knows indeed the pride and " issues of life" that prevent one from humbling themselves before Him. Chapter 3 will more extensively review the necessity of why the heart must be broken. He will bind up our wounds- but not until we come to Him with a contrite heart. Bunyan shares that the brokenhearted love to hear God speak and are of great esteem with God.
You will gain insight into just what a broken heart and contrite spirit is. The Word of God must be managed by the power of God to break the heart.
* A broken heart is a receptacle for the graces of His Spirit.
*A heart broken cries for the mercy of God and esteems Him.
* A broken heart is submissive.
The end of the book gives the life summary of John Bunyan, a truly broken man. The last part of his imprisonment saw the dross surface and pure gold remain in his greatest work, The Pilgrim's Progress.