Grace Abounding to the Chief of Sinners by John Bunyan (Paperback) 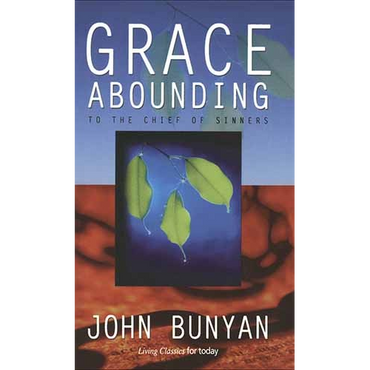 Grace Abounding to the Chief of Sinners by John Bunyan (Paperback)

John Bunyan's journey toward saving faith parallels my own more closely than any other fellow sinner's. When I first read his story, I grabbed a pen and filled the margins, and all the while my heart whispered, "Comrade!" At once, I was comforted by the realization that though Bunyan was long gone, there had been another human being who had known the same fearsome battles waged on our behalf by the God who never relinquishes what belongs to Him. Those years when I had felt strange and apart from other believers, suddenly became "safe" to recall. For anyone who is still holding on to the arrogant belief that a person chooses God, rather than the other way around, Bunyan's story is for you. It puts all arguments to rest, leaving only humility and worship in its wake.