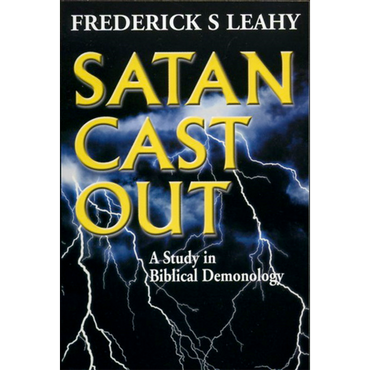 It is often said that wherever there is a rejection of faith in the living God a corresponding upsurge of the demonic will eventually appear. That is true not only in the pages of the Bible and in the annals of Christian missions; it has also become a striking feature of life in our materialistic, post-Christian society. Accounts of the occult and satanism on film and in print have become marketable commodities; but from time to time a television documentary, or a newspaper report, will give hints of the sinister consequences to which such activity may lead. What are we to make of this? Some dismiss the issue out of hand, while others are gripped with fear. In Satan Cast Out Professor Frederick Leahy presents a lucid, biblical account of Christian teaching on such issues as the existence and activity of Satan, demon-possession and the occult. Full of sane exposition and wise counsel, his work has been widely appreciated since its first publication in 1975.

Leahy is Principal of the Reformed Theological College, Belfast.