Out of the Depths by John Newton (Paperback) 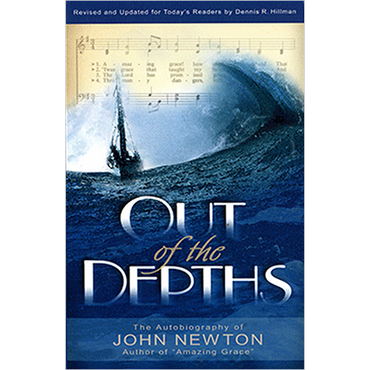 Out of the Depths by John Newton (Paperback)

John Newton (1725-1807) was born in London and at age eleven went to sea with his father, a shipmaster on the Mediterranean. Disregarding his mother's prayer that he enter the ministry, he engaged in the lucrative but brutal African slave trade for a number of years. After his conversion he served in the Church of England as pastor of Olney parish and later of the combined church of St. Mary's in London. In addition to the words of "Amazing Grace," Newton was a prolific songwriter whose other well-known hymns include "Glorious Things of Thee Are Spoken" and "How Sweet the Name of Jesus Sounds."

For John Newton, one of Christendom's greatest hymn writers and writer of "Amazing Grace," God's matchless grace was intensely personal. Saved from a life of slave trading, John Newton was fully aware of the "depths from which he was pulled."

In this autobiography, revised and updated for today's readers by Dennis Hillman, Newton relates the events that led him from unimaginable sin and spiritual bondage to a life of ministry and renewal—transformed by God's amazing and inexhaustible grace.

Discover the timeless story of John Newton's conversion and the true meaning of the familiar words, "Amazing grace! How sweet the sound that saved a wretch like me. I once was lost, but now am found; was blind, but now I see."

"Out of the Depths" is essentially a modernization of John Newton's own autobiography, "An Authentic Narrative," by which I mean it updates the language to 20th century American English, organizes it into book chapters (Newton originally penned his autobiography in a series of letters), and so on.