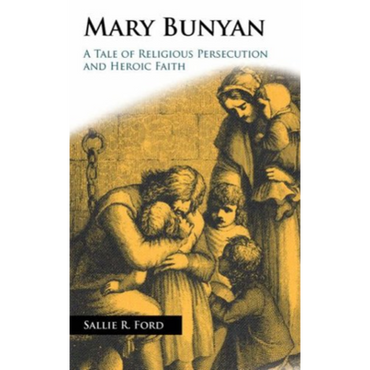 This is the deeply moving story of the home life of the Bunyan family, as John, the father, languished in prison as a result of his preaching as a Baptist pastor in England during the 17th century. The account is historical fiction, told largely from the vantage point of his blind daughter, Mary, his first-born child and constant joy. Mary became Bunyan's loyal, constant companion on every occasion when the authorities would permit her to visit her father at the prison, and his persistent petitioner for mercy and release before King Charles. This stirring account of how a young girl's faith in God grew, rather than diminished, during times of persecution, is an inspiring example of peculiar beauty for all believers today.

A very good story about John Bunyan and his family. His young wife and children are left alone, while he is sent to prison because of his refusal to stop preaching. They have no means to support themselves and are very destitute. The story is centered around John's blind daughter Mary. Written in the old English style, it is extremely wordy. It was hard not to skim read most of it.