Discourses on the Book of Esther 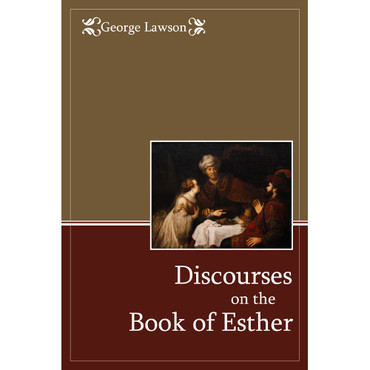 Discourses on the Book of Esther

George Lawson (1749-1820) was for forty-nine years the minister of the Scottish Succession church in Selkirk. He became renowned as a writer alongside his preaching and this volume is drawn from a series of messages given on the book of Esther. Good commentaries on Esther are rare and this will be a valuable addition to the library of all preachers. This treatment is very readable and is superb for devotional reading. Spiritual application abounds and, though a little dated in places, has much to say to Christians in our day. First published in 1804, this edition has been carefully re-typeset for re-issue.