Jonah: His Life, Character and Mission 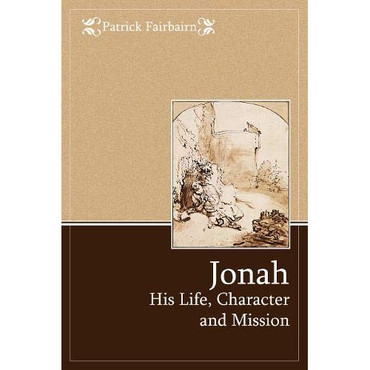 Jonah: His Life, Character and Mission

Whereas many commentaries cast Jonah in a very negative light, Patrick Fairbairn seeks to give a balanced and just view of his ministry, actions and motives. Beginning with the fact that the Lord Jesus Christ spoke of him in favourable terms, Fairbairn takes each phase of the history and seeks to show the context in which the events took place, the ministry to which Jonah was called and the application of these things in all ages of the church. Anyone preparing messages on this book will find a wealth of material to inspire them and ordinary readers will appreciate the solid tone and warmth of Fairbairn’s writing.

Patrick Fairbairn (1805-1874) was a distinguished theologian and pastor in the Free Church of Scotland. He wrote extensively and is widely known not only for his commentaries on Ezekiel, Jonah and the Pastoral Epistles, but also for his monumental works on Typology and the Interpretation of Prophecy and his editorship of The Imperial Bible Dictionary.