Brownlow North: His Life and Work 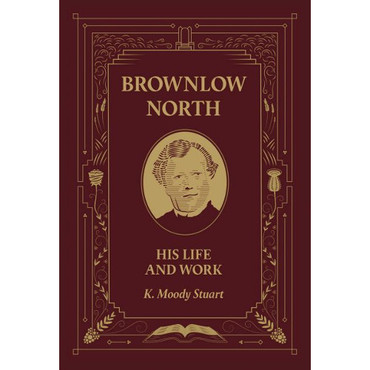 Brownlow North: His Life and Work

The fruitfulness of Brownlow North’s ministry led him to become known as the ‘John the Baptist of the great awakening of 1859’. But what can this largely forgotten evangelist of the nineteenth century teach us today?

His preaching was marked by an eloquent, but unadorned proclamation of Christ as revealed in the Scriptures. He brought fresh impetus to the old truths. He preached to both the hearts and intellects of his hearers. It was biblical evangelism driven by biblical theology. These were the defining characteristics of Brownlow North’s ministry, and his example is a lesson for us today.

This compact biography sheds light on the life and ministry of a man who had experienced for himself the transforming power of the gospel, and who was used by God to bring many others to know that same power. After Brownlow North’s death in 1875, the then Archbishop of Canterbury wrote to a friend: ‘No one could know him without seeing that his heart and life were devoted to his Master’s service, and that he burned to preach to others what he had found so precious to his own soul.’

Kenneth Moody Stuart (1842-1904) was the minister of Moffat St Mary’s Church in Annandale, Dumfriesshire, in the south of Scotland. He was the son of the well-known Free Church minister Alexander Moody Stuart, and wrote a biography of his father, in addition to his study of Brownlow North.