David: His Life and Character 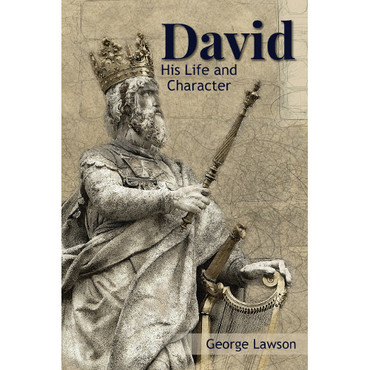 David: His Life and Character

George Lawson (1749-1820) was for forty-nine years the minister of the Scottish Succession church in Selkirk. He became renowned as a writer alongside his preaching, producing commentaries on Proverbs, Ruth, Esther, the Life of Joseph and this series of lectures on David. Originally published as 'Discourses on the History of David,' these discourses do not follow the usual biographical format but focus on specific traits of David’s character throughout his life and in the Psalms. The author shows the parallels with the life of every Christian making this a very practical and engaging book. The chapter headings show the range of topics covered:

• On the General Excellence of David’s Conduct

• David’s Faith in the Pardoning Mercy of God

• David’s Love to the Word of God

• David’s Meditations on the Word of God

• David’s Obedience to the Will of God

• David’s Behaviour in Time of Trouble

• David’s Thanksgiving for His Deliverance

• The Justice of David’s Behaviour