John Bunyan and the Grace of Fearing God 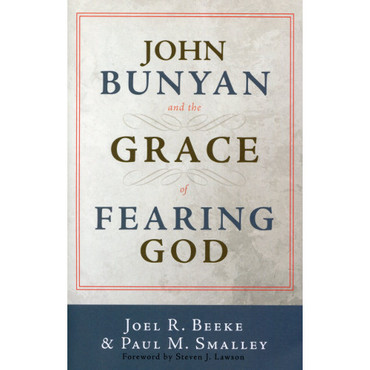 John Bunyan and the Grace of Fearing God

He was the author of the best-selling Christian book of all time. His Bible-saturated works have inspired generations of believers all over the world. And yet, as influential as it is, John Bunyan’s theology contains a unifying thread that is sorely neglected in the modern church: the vital importance of the fear of God.

Fearing God is seen by many as psychologically harmful—at odds with belief in a God of love. But Bunyan knew personally that the only freedom from a guilty fear of God’s wrath is a joyful, childlike fear of his holiness. Joel Beeke and Paul Smalley guide us through Bunyan’s life before exploring his writings to illuminate the true grace of fearing God.

Joel R. Beeke (PhD, Westminster Theological Seminary) is president of Puritan Reformed Theological Seminary, where he also serves as professor of systematic theology and homiletics. He is a pastor of the Heritage Netherlands Reformed Congregations in Grand Rapids, Michigan, and the author of several books, including Truth That Frees, The Quest for Full Assurance, and A Reader’s Guide to Reformed Literature.

"Wisdom requires it, Jesus emphasized it, the apostles encouraged it—and yet few things are more feared in contemporary Christianity than . . . the fear of God. This timely book . . . shows how the fear of God was, in contrast, the heartbeat of one of the most loved and admired of all Christians."

—Sinclair B. Ferguson, Dean of the Doctor of Ministry program, Ligonier Academy of Biblical and Theological Studies

“We today need to read and treasure Bunyan. . . . Beeke and Smalley take the reader through the core of Bunyan’s corpus and whet the reader’s appetite to plunge afresh into Bunyan’s works.”