Who Are the Puritans?...and What Do They Teach? by Erroll Hulse 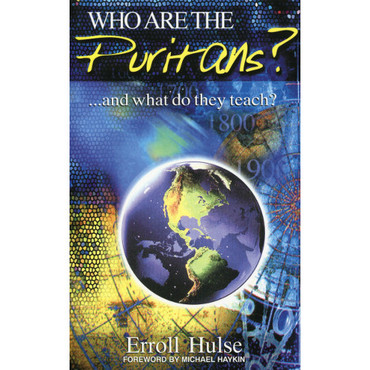 Who Are the Puritans?...and What Do They Teach? by Erroll Hulse

The Puritans have a decidedly bad popular image in the United States today. They seem to be generally regarded as a bunch of morbid men whose hard-to-read writings peversely interpreted Christianity in a way that is comic at best and dangerous at worst. English Reformed Baptist pastor Erroll Hulse rescues them from this image and restores them to their proper place as people to whom we should pay attention in this great new study of them. Canadian church history professor Michael Haykin tells us in the Foreword: "We ignore the Puritans at our peril. Their firm grasp of the verities of Chrisitianity, their commitment to seeing those truths worked out in the context of the local church and, above all, the Christ-centered passion of their spirituality, can teach us much." Pastor Hulse then, after an introductory chapter on the relevance of the Puritans, deals with his subject in three sections. Part I gives a historical overview of the English Puritan movement, dealing with early beginnings, development, flowering, and legacy. Part II is the lives of prominent Puritans, (organized primarily by the three generations of men during the century that Puritanism flourished in England), such as John Dod, Robert Bolton, Richard Sibbes, Jeremiah Burroughs, Thomas Goodwin, Thomas Manton, John Owen, Richard Baxter, and John Bunyan. Part III gives us help from the Puritans, how their theology still is amazingly relevant to issues facing us today. There are also six useful appendices, the first of which is an objective examination of the question "were the Puritans narrow-minded bigots?" I cannot commend this book too highly enough. Pastor Hulse has done a great service in giving us a clear, readable book that makes the Puritans come alive and shows their vital importance to us today. Should we care about the Puritans? If we are concerned about honoring God and seeing His kingdom advance, the answer is a resounding YES!