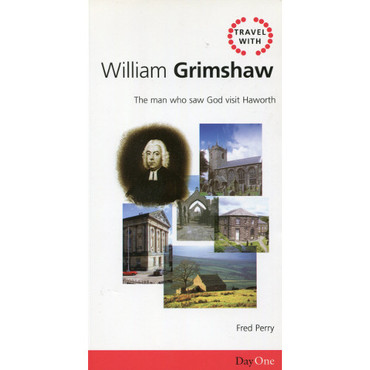 A dissolute and wasted life was transformed into that of one of the most effective preachers in the north of England in the eighteenth century. When William Grimshaw arrived at Haworth as the new parish minister only a handful attended the church; yet within a few years over a thousand could be found at the service of communion. John Wesley once hoped that he would succeed him as leader of the Methodists, but Grimshaw's unsparing work for the Gospel meant that he died nearly thirty years before Wesley! This is the incredible story of an eccentric enthusiast for the Christian message. Features - Places of interest to visit - Over 130 photographs, most in full colour - Clear illustrated maps - Valuable reference guide for the armchair traveller - Inspirational and informative - Interesting insights - Highly collectable series

Fred Perry has written two books based on research while Cropwood Fellow at the University of Cambridge Institute for Criminology. He was minister at Frizinghall Congregational Church, had a shared ministry and was later Moderator of Lister Hill Baptist Church, Leeds. Retiring on health grounds after fifteen years as an adviser with the Central Council for Education and Training in Social Work, he became Hon. Secretary and trustee of the Leeds European Refugee Trust which was instrumental in bringing 500 refugees to Britain during the Bosnian war. Married for fifty years, he and Jean have four children, fourteen grandchildren, eight great grandchildrenand counting!
Endorsement
Grimshaw is one of the great larger than life characters of English church history. It appears that he was not the only vicar to have the errant whipped into church attendance. This guide gives a good biography and as with others in this series, a helpful guide to visiting the area where Grimshaw lived and preached. I found it to be a fascinating account of a very human man who lived to see the gospel proclaimed. He had a remarkable ministry transforming a parish church with few attenders into one where thousands would come to hear him preach. The book also has fascinating historic insights into such things as a parish posse pursuing the father who has abandoned the mother of his illegitimate child so that she would not be a burden on the parish and of public church penance for fornicators.