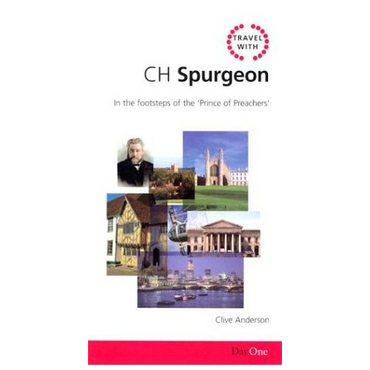 Few have combined so many gifts and achievements in such a short lifetime as Charles Haddon Spurgeon. During his forty-one years as a Christian pastor and preacher, Spurgeon published one hundred and fifty books, while preaching regularly to congregations of 6,000. In addition to this, he launched almost seventy charitable causes, many of which still exist today. His impact was so great that, over a century after his death, he is still read by millions on every continent. Travel with Spurgeon will enable you to follow his life and retrace his journey—from being a teenage country pastor to becoming pastor of the largest congregation in the capital city of the British Empire—during the heyday of Victorian preaching.

Clive Anderson is a Christian minister and author of nine books on historical and biblical subjects, including the prophet Nahum and Sennacherib of Assyria. He co authored with Brian Edwards the popular Though the British Museum with the Bible. Clive regularly leads tours of the British Museum and Israel, Egypt, Jordan, Turkey, Italy and Greece. He is married to Amanda and they live in Hampshire, UK.