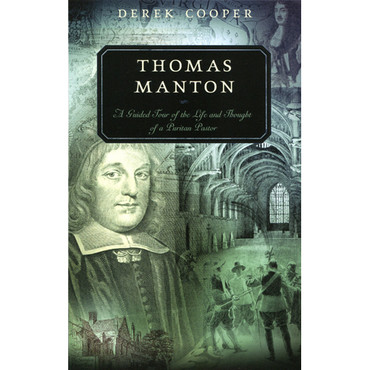 "Ministers who do not know Manton need not wonder if they are themselves unknown." --CH Spurgeon Provides an introduction to the life and work of a Puritan pastor who, although less famous than others like John Owen and Richard Baxter, still presents a relevant message to Christians today.

"It is perhaps strange that men who lived so many hundreds of years ago still speak with such power to a generation raised on video games, computers, cell phones, and, more recently, texting, iPods, and iPads. Their popularity, therefore, is clearly not rooted in their compatibility with the tools of modern life; rather, it lies in the seriousness of their devotion and the greatness of the themes they engage. Human sinfulness, God's grace, the glory of Christ, and the certainty of the life to come: these are all staples of Puritan literature, and they are of perennial interest to God's people in all places and at all times." --From the Foreword by Carl Trueman Thomas Manton (1620-77) was an influential Puritan preacher and an important figure in English society. Cooper writes engagingly about this pivotal figure and provides an introduction to the movement known as Puritanism within its historical, social, and political contexts.