Theodore Beza: The Man and the Myth by Shawn D. Wright (Paperback) 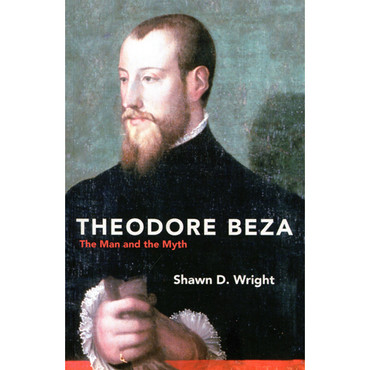 Theodore Beza: The Man and the Myth by Shawn D. Wright (Paperback)

Theodore Beza? Who is he? Why should I care about him?

Well, I'm glad you asked!
Theodore Beza was a man who in his day was one of the luminaries of the Protestant world, who took the reins of the beleaguered Calvinistic movement after its namesake's death, and who influenced English-speaking Protestantism more than you might imagine. Shawn D. Wright casts light on a figure often neglected and helps illustrate the significant impact of his faith and influence.

Shawn D. Wright is Associate Professor of Church History at The Southern Baptist Theological Seminary and serves as an elder at Clifton Baptist Church in Louisville, Kentucky.

"For a man who was John Calvin's assistant and successor, Theodore Beza is surprisingly little known. This book does us the great service of introducing the man in and through his major works." - Gerald Bray, Research Professor, Beeson Divinity School at Samford University, Birmingham, Alabama

"Shawn Wright is a rare gift of a careful historian with a pastor's heart. In this moving tribute on Beza, Wright captures the true man behind the myth and demonstrates why Beza should be both relevant as well as inspiring to the modern pastor." - Brian Croft, Pastor, Auburndale Baptist Church, Louisville, Kentucky & Founder of Practical Shepherding

"Wright's own instincts of pastoral sympathy help clear away much of the historiographical garbage that has accumulated around the legacy of Beza and made him a feared step-child of the Reformation." - Tom Nettles, Senior Professor of Historical Theology, The Southern Baptist Theological Seminary, Louisville, Kentucky

"Well researched and well written, this is an important book about Beza based on a close reading of Beza ... A stellar contribution to Reformation studies and pastoral theology alike." - Timothy George, Founding Dean of Beeson Divinity School, Samford University, Birmingham, Alabama