The Letters to the Thessalonians by Gene L. Green (Hardcover) 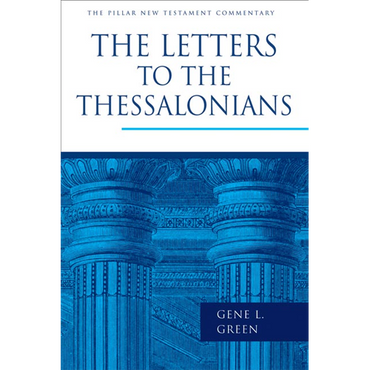 The Letters to the Thessalonians by Gene L. Green (Hardcover)

In this commentary Gene Green reads Paul's two letters to the Thessalonians in light of the canon of Scripture and of new knowledge about the first-century world of Thessalonica. This fruitful approach helps illuminate the impact of the gospel on its original readers and, in turn, shows how potent a force it can be for the church and society today. The book begins with an in-depth study of the Thessalonians themselves — their history, land, socioeconomic conditions, and religious environment. This fascinating discussion gives the necessary context for fully appreciating the circumstances surrounding the founding of the city's first church and the subsequent struggles of the Thessalonian believers to live out their Christian faith. The main body of the book provides informed verse-by-verse commentary on 1 & 2 Thessalonians that extracts the fullest possible meaning from these important New Testament texts. As Green's exposition shows, the Thessalonian scriptures are especially valuable as letters of friendship and for showing Paul's pastoral concern for the many areas in which the Thessalonians needed guidance. Some of Paul's purposes are to thank the new believers for their steadfastness amid suffering, to encourage them in their trials, to urge them not to neglect their daily work, and, no less important, to teach them about the future of believers who die before Christ returns. Indeed, the matter of the last things and the second coming of Christ so permeates these texts that they are often called Paul's eschatological letters. Filled with new information about ancient society, this commentary will fast become a standard reference work for Bible study. By carefully bridging the biblical and modern worlds, Green shows with clarity and warmth the continuing relevance of 1 & 2 Thessalonians for contemporary readers.

While there have been a number of good commentaries produced on Thessalonians over the years, there have been no quite recent works of substance. Somewhat older evangelical standards include Morris (NIC, 1959), Bruce (WBC, 1982), and Wanamaker (NIGTC, 1990). Thus this new volume is a welcome, and long-overdue, addition.
It is quite new (2002) and part of the Pillar Commentary series; a series that did not originally start out as a series. The series now contains eight volumes, of which this is the most recent. New Testament scholar D.A. Carson is editor of the series, so readers can expect these volumes to be of consistently high quality. Indeed, there are no "duds" to be found in the first seven volumes.
The author, Gene Green, teaches New Testament at Wheaton College in Chicago. He has produced a very readable and reliable commentary on the two Thessalonian letters.
Green is well abreast of all the latest concerns: theological, historical and textual. Yet in keeping with the aim of the series, the volume is not overly technical. Theological disputes, textual considerations, and social/historical background discussions are all given due attention, but none in overbearing detail. This means all the volumes of this series are quite helpful to pastors and lay people, but will also well serve the academic and scholarly community.
This newest edition looks to be of equal value to previous volumes. The extensive bibliography is followed by a thorough introduction, The book is especially helpful in setting forth the letters in their historical and cultural backgrounds. And theologically disputed passages are given fair treatment, with various options presented.
And the author is not afraid to take sides on some of these contentious issues. As an example, those who see a pre-trib rapture in 1 Th 4:16-17 will not find their views confirmed here. Green argues that this passage is not "the stuff of speculative prophecy or best-sellers on the end-times". The context of this passage makes clear that Paul (whom Green takes to be the author) is seeking to comfort and give hope to believers, especially in relation to those who have already died.
Similarly, favorite texts found in 2 Thessalonians by those with sharply held eschatological viewpoints will be treated in differing ways by Green. While not all will agree with each of his interpretations, he backs them all up with thorough research and exegesis, and with even-handedness and a charitable spirit.
All in all this is one of the best works now available on the epistles from an evangelical perspective, One eagerly awaits more works by Green, and more volumes in the Pillar series.