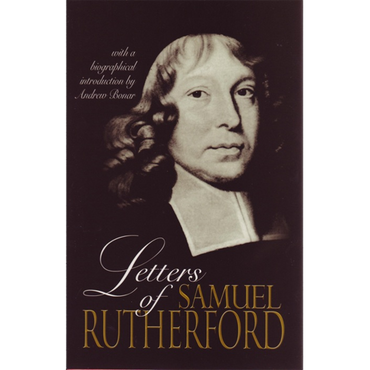 These letters will ever be precious to all who are sensible of their own, and the Church’s decay and corruptions– The wound and the cure are therein so fully opened out: self is exposed, specially spiritual self. He will tell you, ‘There is as much need to watch over grace, as to watch over sin.’ He will show you God in Christ, to fill up the place usurped by self. The subtleties of sin, idols, snares, temptations, self-deceptions, are dragged into view from time to time. And what is better still, the cords of Christ are twined round the roots of these bitter plants, that they may be plucked up.

Nor is it otherwise in regard to corruption in public, and in the Church. We do not mean merely the open corruption of error, but also the secret ‘gray hairs’ of decay. Hear him cry, ‘There is universal deadness on that fear of God. O where are the sometime quickening breathings and influences from heaven that have refreshed His hidden ones!’ And then he laments, in the name of the saints, ‘We are half satisfied with out witherdness; nor have we as much of his strain who doth eight times breathe out that suit, Quicken me!’ ‘We live far from the well, and complain but dryly of our dryness.’- Andrew Bonar

Samuel Rutherford (1600 1661) was a Scottish minister and covenanter best known for his political book, "Lex Rex; or, The Law and the Prince", for which he was charged with high treason and imprisoned. The book argued for limited government, as well as limitations on the current idea of the divine right of kings.

‘When we are dead and gone let the world know that Spurgeon held Rutherford’s Letters to be the nearest thing to inspiration which can be found in all the writings of mere men.’ — C.H. SPURGEON

‘Surprising though it may seem in a world of large books, of all those owned by our family this may be the one we have most often lent or quoted to friends.’ — SINCLAIR B. FERGUSON

Apart form the Bible, ‘such a book as Mr. Rutherford’s Letters the world never saw the like.’ — RICHARD BAXTER