The Invitation System by Iain Murray 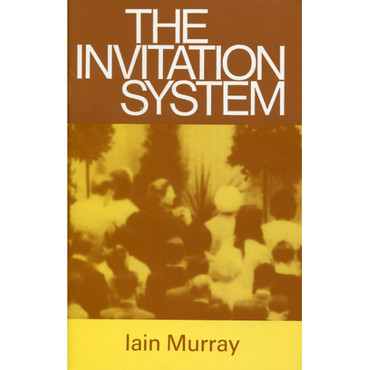 The Invitation System by Iain Murray

David Martyn Lloyd-Jones was born in Cardiff and raised in Llangeitho, Ceredigion, Wales. Educated at Tregaron County Intermediate School and then in London at Marylebone Grammar School between 1914 and 1917, he went to St Bartholomew’s Hospital as a medical student. He then worked as Chief Clinical Assistant to the Royal Physician, Sir Thomas Horder.

After sensing a call to preach, in 1927 Lloyd-Jones returned to Wales – having married Bethan Phillips (with whom he later had two children, Elizabeth and Ann) – as minister at the Bethlehem Forward Movement Church (known as ‘Sandfields’) in Aberavon (Port Talbot).

After eleven years at Sandfields, he was called in 1939 to be associate pastor of Westminster Chapel, London, working alongside G. Campbell Morgan. During the same year, he became the president of the Inter-Varsity Fellowship of Students (known today as the Universities and Colleges Christian Fellowship (UK)). In 1943 Campbell Morgan retired, leaving Lloyd-Jones as the sole Pastor of Westminster Chapel, a position he was to hold for the next 25 years.

After retiring from Westminster Chapel in 1968, due to illness, for the rest of his life ‘the Doctor’ concentrated on editing his sermons for publication, counselling other ministers, answering letters and attending conferences. He preached for the last time on June 8, 1980, at Barcombe Baptist Chapel. He died peacefully in his sleep at Ealing on March 1, 1981, and was buried at Newcastle Emlyn, near Cardigan, west Wales.