The Hymns of Philip Doddridge by Graham C. Ashworth (Hardcover) 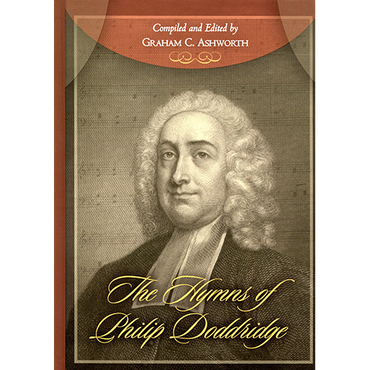 The Hymns of Philip Doddridge by Graham C. Ashworth (Hardcover)

Philip Doddridge is best known today for his book The Rise and Progress of Religion in the Soul, and perhaps by some for his Family Expositor, which is an extensive commentary on and paraphrase of the New Testament. He also served as principal of an important ministerial academy for non-conforming churches. However, one part of Doddridge’s legacy that has been sorely neglected in recent years is his hymns. This book contains 375 of Doddridge’s hymns, which provide poetic reflection on Old Testament texts, New Testament texts, and various occasions pertaining to Christians and the church. It also includes a timeline of Doddridge’s life, a number of helpful indexes, and various compatible hymn tunes.

“Philip Doddridge was one of the greatest of English Dissenters of the eighteenth century—capable, orthodox, and supportive of evangelicals. His hymns, however, have fallen into disuse. Yet, according to the historian Bernard Lord Manning, they are, with those of Isaac Watts, ‘the crowning glory of Independent hymnology.’ It is a pleasure to see them reissued in this book.” —David Bebbington, Professor of History, University of Stirling, Scotland

“Philip Doddridge’s hymns have been compared to Jacob’s ladder. They begin on earth and end in heaven. We may trace this principle throughout this collection and find here many an antidote to our human need as Doddridge lifts our eyes to view our circumstances in the light of that eternal world to come. This republication of one of Doddridge’s most enduring contributions is a spiritual tonic for our day.” — Faith Cook, author of Our Hymn Writers and Their Hymns

“Though overshadowed by Watts and Wesley, the two giants of 18th-century hymnody, Philip Doddridge was a great hymn writer in his own right. As such, it is a tremendous boon to contemporary evangelical spirituality to have these hymns back in print. They have been past vehicles of praise and piety—may this book enable them to be so again.” — Michael A. G. Haykin, Professor of Church History and Biblical Spirituality, The Southern Baptist Theological Seminary, Louisville, Kentucky

“It is exciting to see the hymns of Philip Doddridge back in print after nearly 250 years. They are a rich mine of devotional theology and theological devotion. They will repay careful study and regular use.” — Robert Strivens, Principal, London Theological Seminary