The God of Creation: Truth and Gospel in Genesis 1 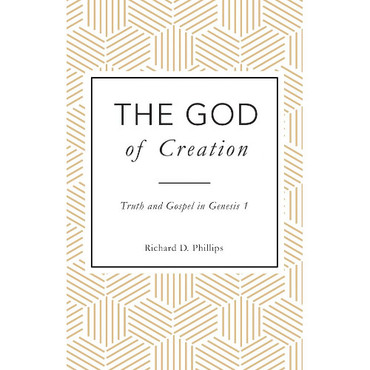 The God of Creation: Truth and Gospel in Genesis 1

There are other books on Creation and dealing with the issues of Genesis 1, but this one is different. Rick Phillips takes us through the first chapter of Genesis with an absolute confidence that this is the plain, accurate Word of God, describing creation in six literal days of 24 hours. He looks at the alternatives offered and explains clearly and simply why they are inadequate. The science-based criticisms of the Word of God are considered and dealt with. The language used is accessible to most readers, and at each stage the Gospel is clearly explained.
Christians generally will find this book a great encouragement amidst the deluge of pro-evolution propaganda, school students will find themselves strengthened to take a biblical stand against the pressures of the education system. If your evangelistic outreach leads you to someone who wants a clear and rational explanation of why the Bible should believed over against the common understanding of evolution presented in the media, this is the book to give them.

Richard Davis Phillips has been the Senior Minister of Second Presbyterian Church in Greenville, South Carolina (PCA) since July, 2007. He earned his bachelor’s degree at the University of Michigan, and a master of business administration degree at the University of Pennsylvania’s Wharton School of Business. Prior to entering the ministry, he commanded tank units as an officer in the U.S. Army and later served as an assistant professor of leadership at the U.S. Military Academy at West Point. He came to faith in Jesus Christ at the age of 30, and was soon was leading evangelistic Bible studies at the college where he was teaching. A few years later he received God’s call to enter the gospel ministry, and received a master of divinity degree from Westminster Theological Seminary in Philadelphia, PA.