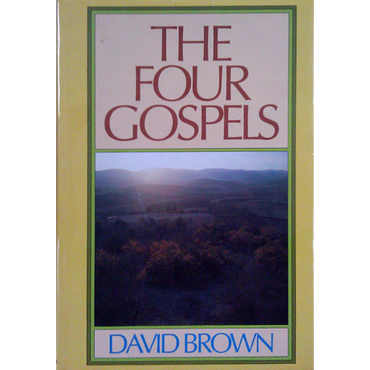 'The Fourfold Gospel is the central portion of Divine Revelation. Into it, as a Reservoir, all the foregoing revelations pour their full tide, and out of it as a Fountain, flow all the subsequent revelations. In other parts of Scripture we hear Christ by the hearing of the ear; but here our eye seeth him. Elsewhere we see him through a glass darkly; but here, face to face. The orthodox Fathers of the Church well understood this peculiar feature of the Gospels. Nor did the heretical sects differ from them in this; the best proof of which is, that nearly all the heresies of the first four or five centuries turned upon the person of Christ as represented in the Gospels. As to the heathen enemies of Christianity, their determined opposition was directed against the facts regarding Christ recorded in the Gospels. And it is the same still. The battle of Christianity, and with it of all Revealed Religion, must be fought on the field of the Fourfold Gospel. If its Credibility and Divine Authority cannot be made good—if we must give way to some who would despoil us of its miracles, or to others who, under the insidious name of 'the higher criticism,' would weaken its historical claims—all Christianity is undermined, and will sooner or later dissolve in our hands. But so long as the Gospels maintain their place in the enlightened convictions of the Church, as the Divine record of God manifest in the flesh, believers, reassured, will put to flight the armies of the aliens.' —David Brown