The First Book of Samuel by David Toshio Tsumura (Hardcover) 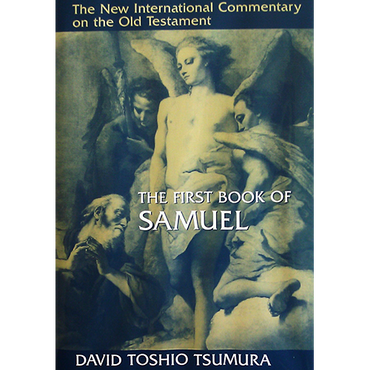 The First Book of Samuel by David Toshio Tsumura (Hardcover)

David and Goliath, the call of Samuel, the witch of Endor, David and Bathsheba — such biblical stories are well known. But the books of 1 and 2 Samuel, where they are recorded, are among the most difficult books in the Bible. The Hebrew text is widely considered corrupt and sometimes even unintelligible. The social and religious customs are strange and seem to diverge from the tradition of Moses. In this first part of an ambitious two-volume commentary on the books of Samuel, David Toshio Tsumura sheds considerable light on the background of 1 Samuel, looking carefully at the Philistine and Canaanite cultures, as he untangles the difficult Hebrew text.

David Toshio Tsumura is professor of Old Testament at Japan Bible Seminary, Tokyo, chairman of the Tokyo Museum of Biblical Archaeology, and editor of Exegetica: Studies in Biblical Exegesis.
Endorsement
Having used a number of different commentaries over the years when preaching through Samuel I have found this commentary in a league of its own. The author seriously engages with the text itself rather than overly dwelling on the textual issues which though of some importance become very frustrating when they dominate in a commentary. He brings insight and conveys the sense that he genuinely likes the first book of Samuel. I unreservedly recommend it and look forward to his second volume.