The Finished Work of Christ by Francis A. Schaeffer (Paperback) 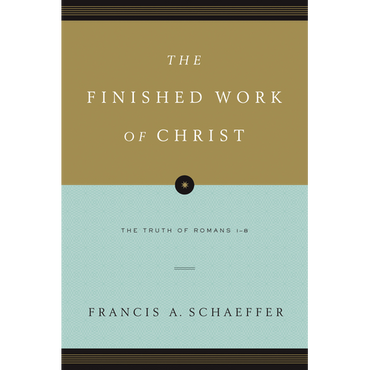 The Finished Work of Christ by Francis A. Schaeffer (Paperback)

Augustine. Luther. Wesley. These great leaders of the church all traced their spiritual awakenings to the book of Romans. To this day Paul’s letter continues to amaze and awaken those who seek to plumb its depths, including one of the most influential Christian thinkers of the 20th century, Francis Schaeffer.

In his landmark commentary on the first eight chapters of Romans, Schaeffer expounds on the foundational doctrines that undergird the core of Christian teaching, offering us vital insights into the message of Romans and an arresting perspective on our own times.

Recognized internationally for his work in Christianity and culture, Francis A. Schaeffer authored more than twenty books, which have been translated into a score of languages and sold millions worldwide. He and his wife, Edith, founded L'Abri Fellowship international study and discipleship centers. Schaeffer passed away in 1984, but his influence and legacy continue worldwide.