The Epistle to the Hebrews 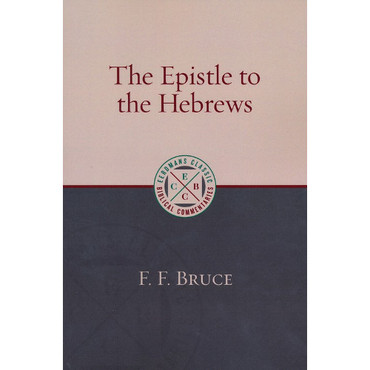 The Epistle to the Hebrews

For many readers, the Epistle to the Hebrews is among the most difficult books of the New Testament. Understanding this rich, complex letter calls for a deep knowledge of its Old Testament underpinnings and of first-century biblical exegesis. This volume on Hebrews—originally part of the New International Commentary on the New Testament (NICNT) series—demonstrates F. F. Bruce’s mastery of both subjects.

First published in 1964 to instant critical acclaim, Bruce’s commentary has since become a classic work of evangelical biblical scholarship. Just before his death, Bruce completed a full revision of the text, incorporating twenty-five years of further study. Every reader of Hebrews—whether student or scholar, minister or layperson—will benefit from the careful exegesis and pastoral wisdom distilled in this volume.

F. F. Bruce (1910-1990) was Rylands Professor of Biblical Criticism and Exegesis at the University of Manchester, England. Author of numerous commentaries and other books, he served as general editor of the NICNT series from 1962 to 1990.