The Dark Side of Islam by R. C. Sproul & Abdul Saleeb (Hardcover) 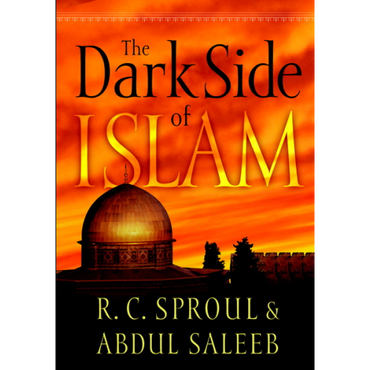 The Dark Side of Islam by R. C. Sproul & Abdul Saleeb (Hardcover)

R. C. Sproul (Drs, Free University of Amsterdam) serves as senior minister of preaching and teaching at Saint Andrew’s Chapel in Sanford, Florida, and is the founder and president of Ligonier Ministries. He has taught at numerous colleges and seminaries, has written over seventy books, and is featured daily on Renewing Your Mind, an international radio broadcast.

ABDUL SALEEB (pseudonym) was born and raised in a Muslim country in the Middle East. While a student in Europe, Saleeb wrestled for months with the claims of Christ and eventually converted to Christianity. He is the coauthor of Answering Islam and is a Christian missionary to Muslims in the United States.

Is Islam a religion of peace or of violence? Islam is a religion we can no longer afford to ignore. It is one of the fastest-growing religions in the world. Newspapers and television news regularly bring stories from the Middle East, but more importantly, the Muslim world has come to us. Between 5 and 7 million Muslims currently live in America, and that number is growing. Recognizing the importance of understanding Islam, R. C. Sproul and Abdul Saleeb had a series of conversations about how Islam differs from the Christian faith, and those conversations became the basis for this book. As a convert from Islam, Saleeb has spent many years studying Islam and Christianity. With Dr. Sproul he focuses on four basic areas in which Islam rejects the very foundations on which Christianity is built: * the nature and authority of the Bible * the nature of God * the character of humankind * the deity and sacrificial death of Christ Sproul and Saleeb will help you understand Islam better and give you an intellectual basis for answering the Muslim faith-perhaps when interacting with Muslims in your own neighborhood or city. In addition to discussing the differences between Islam and Christianity, Saleeb gives his own perspective on the "dark side" of Islam in light of violence perpetrated by Muslim extremists in recent years.

n this book, R.C. Sproul and Abdul Saleeb (pseudonym), a Muslim convert to Christianity, discuss the major doctrinal differences between Christianity and Islam. They demonstrate that these two religions have fundamentally different views on a number of doctrines, and they present a defense for the Christian view of each. The seven doctrines discussed in the book's first seven chapters are Scripture, the fatherhood of God, the Trinity, sin, salvation, the death of Christ, and the deity of Christ. The final chapter presents the roots of terrorism in the Qur'an and Muslim tradition. For all of these topics, the two authors deal well with the differences between Christianity and Islam. There is one additional area that would have benefited this book greatly, in my opinion. It lacked any significant historical introduction to Islam. While not essential for understanding the material in the book, it would have still helped the average reader, who is most likely unaware of the "who, when, where, how, and why?" of Islam's founding and continuance to the present day.