The Atonement and Intercession of Jesus Christ by William Symington (Paperback) 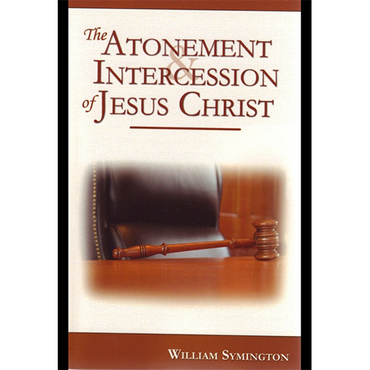 The Atonement and Intercession of Jesus Christ by William Symington (Paperback)

This is a classic statement on two pivotal doctrines of the Christian faith. William Symington thoughtfully considers Christ’s atonement and intercession, and provides a clear analysis of both. When looking at the atonement, he begins by defining its substitutionary nature, then addresses objections to it, its necessity, and the ample scriptural evidence of its reality. He proceeds with a closer study of Christ’s sufferings and their value, extent, and outcome. Symington aptly closes by discussing Christ’s work of intercession as the continued efficacy of His atoning sacrifice.

“The reappearance of this book by the Covenanter and social reformer, William Symington—south-west Scotland’s most important theologian of the nineteenth century—is a cause for great rejoicing. Focusing almost exclusively on the ‘passive’ obedience of Christ, Symington’s treatment of the atonement is not complete; but few finer accounts of this aspect of the work of Christ exist. Characterized by exegetical insight and rhetorical passion, it deserves to be placed along side similar treatments by Hugh Martin and George Smeaton.” -Derek Thomas Professor of Systematic and Practical Theology Reformed Theological Seminary, Jackson, Mississippi