Sermons on the Beatitudes 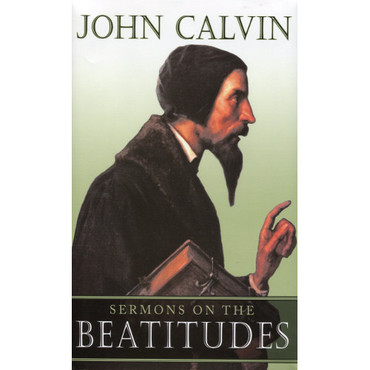 Sermons on the Beatitudes

Among the many activities which claimed Calvin’s attention during his long ministry in Geneva, preaching was the most public and perhaps the most influential. Public because, for many years, twice on Sundays and daily in alternate weeks, the Reformer stood before a congregation of townsfolk, refugees and visitors to teach, warn, appeal, counsel, admonish, and encourage. influential because, vital as the Institutes, commentaries and treatises were to the defence and propagation of Christian doctrine, it was the Word preached and applied from the pulpit which above all fashioned Geneva’s evangelical culture and made it the nerve-centre of Reformed Protestantism.

This volume presents readers with a short series of sermons on the Beatitudes, translated for the first time into English by Robert White. They comprise Calvin’s exposition of Matthew 5:1-12, Mark 3:13-19 and Luke 6:12-26. Five sermons were preached on the Beatitudes in the course of an extended treatment of the Synoptic Gospels. Begun in July 1559, this series had still not been completed by February 1564, when ill health forced the Reformer’s retirement from the pulpit. His absence was to be permanent: he died three months later, in May 1564. The late date of these sermons, therefore, marks them out as a definitive example of the Reformer’s mature pulpit style. They represent his very last effort to elucidate a New Testament text in the context of regular public worship. Translated into a modern idiom, this book will transport the reader back into sixteenth-century Geneva, where he can hear the Reformer preach on issued of perennial Christian concern.

Prayer before the Sermon

Prayer after the Sermon

John Calvin (10 July 1509 – 27 May 1564) was an influential French theologian and pastor during the Protestant Reformation. He was a principal figure in the development of the system of Christian theology later called Calvinism. Originally trained as a humanist lawyer, he broke from the Roman Catholic Church around 1530. After religious tensions provoked a violent uprising against Protestants in France, Calvin fled to Basel, Switzerland, where in 1536 he published the first edition of his seminal work Institutes of the Christian Religion.

In that year, Calvin was invited by William Farel to help reform the church in Geneva. The city council resisted the implementation of Calvin and Farel's ideas, and both men were expelled. At the invitation of Martin Bucer, Calvin proceeded to Strasbourg, where he became the minister of a church of French refugees. He continued to support the reform movement in Geneva, and was eventually invited back to lead its church. Following his return, he introduced new forms of church government and liturgy, despite the opposition of several powerful families in the city who tried to curb his authority. During this period, Michael Servetus, a Spaniard known for his heretical views, arrived in Geneva. He was denounced by Calvin and executed by the city council. Following an influx of supportive refugees and new elections to the city council, Calvin's opponents were forced out. Calvin spent his final years promoting the Reformation both in Geneva and throughout Europe.