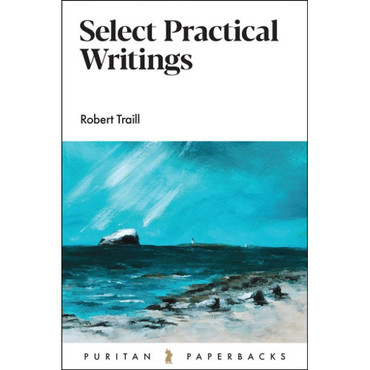 Robert Traill (1642–1716) lived to span the ripest period of the Puritan age. Distinguished in the classes of Edinburgh University, Traill early felt the inner constraint to preach Christ. Although he was endowed with a first-class mind and had enjoyed a very complete theological education, Traill was above all a preacher and a pastor who strove at all times to promote practical godliness in his sermons and writings. Every reader who shares his outlook will find him warm, instructive, and encouraging.

Friend of William Guthrie of Fenwick, attendant of James Guthrie of Stirling on the scaffold, son of the Greyfriars Church manse where the 1638 Covenant was signed, Scot ordained in England, exile in Holland, prisoner on the Bass Rock, scholar, preacher and saint – Robert Traill (1642-1716) lived to span the ripest period of the Puritan age.

Traill was born at Elie in Fife where his father, Robert (1603-78) was minister. Distinguished in the classes at Edinburgh University, he early felt the inner constraint to preach Christ. Too intimate an association with the younger John Welsh drew the swift displeasure of the civil arm upon him. Denounced as a ‘Pentland Rebel’ after the Pentland Rising of 1666, he fled to join the bright galaxy of British divines (including his father) weathering the storm of Stuart absolutism in the Low Countries (1667). Traill’s literary output began there. As assistant to Nethenus, professor at Utrecht, he prepared Samuel Rutherford’s Examination of Arminianism for the press.

By 1669 he was in England, where in 1670 he was ordained by Presbyterian ministers in London. He then was called to a church at Cranbrook in Kent. During a visit to Edinburgh in 1677 he preached in a private house and was arrested and, on his refusal to deny attending field conventicles, was imprisoned on the Bass Rock for several months. On his release, which was contingent on his engagement to ‘live orderly in obedience to law’ (i.e., to abstain from keeping conventicles), he returned to Cranbrook.

Subsequently he moved to London, where after the Revolution he was called as colleague to Nathaniel Mather in the Independent congregation meeting in Paved Alley, Lime Street. After Mather’s death he pastored a separate congregation, which he gathered. In 1692 he took up his pen, as Isaac Chauncy (Owen’s successor) and the younger Thomas Goodwin were having to do, to defend the doctrine of Justification against the new Legalism.