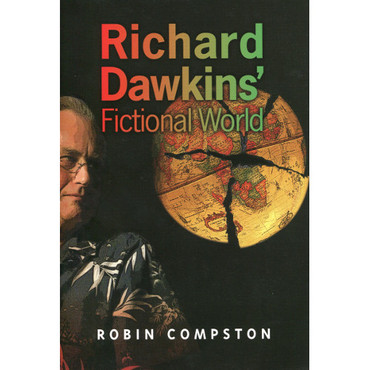 Dawkins wants to replace God's world with a world of his own.

Richard Dawkins’ book The God Delusion has sold in millions, attacking the God of the Bible with a ferocity not seen since the heyday of aggressive communism. But these assaults contain numerous mistakes, as many noted reviewers have pointed out. In this brief and readable response, Robin Compston exposes with exceptional clarity major mistakes, and at the same time shows the reality and value of the faith under attack. The author is a systems architect who also heads an outreach team at the Metropolitan Tabernacle in central London.

The author is a systems architect who also heads an outreach team at the Metropolitan Tabernacle (Spurgeon's) in central London.

This is one of those little books which packs a big punch. Robin Compston shows in this readable little book that if only Richard Dawkins had a workable knowledge of the Scriptures and the faith he repudiates, he would be better placed to call God 'a delusion' and make a case. As it is he is shown to have an abysmal lack of knowledge of all these things.

Compston is able to demonstrate that Dawkins' approach creates 'a fictional world' as he contrasts that with the revelation given in Biblical Christianity and critically examines a number of extracts from The God Delusion. 'This is the materialistic dream,' Compston writes of The God Delusion, 'an attempt to give a purely naturalistic explanation for life. But it leaves out too many factors to be an explanation worthy of our respect.' --New Life, Australia, 15 Nov, 2012