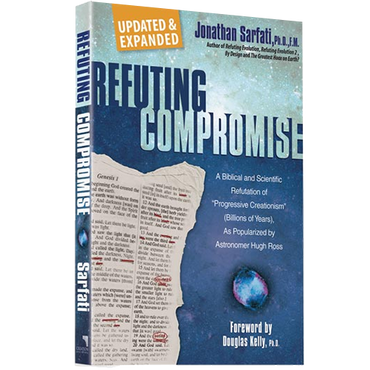 With his usual brilliant clarity, Jonathan Sarfati, author of the best-selling Refuting Evolution (Vols. 1 and 2) has produced a comprehensive and resounding refutation of the position of 'progressive creationist' Hugh Ross, whose views are causing massive confusion about science and the Bible. The most powerful and scientific defence of a straightforward view of Genesis creation ever written. Updated & expanded in 2011.

Born in Australia, Jonathan Sarfati moved to New Zealand as a child and later majored in chemistry at Victoria University of Wellington. In 1996, he returned to Australia and took a position as a research scientist and editorial consultant for the Creation Science Foundation in Brisbane. His first book, Refuting Evolution, has sold over 350,000 copies. He co-authored the best-selling The Answers Book, and is a former New Zealand Chess Champion.