Pollution and the Death of Man by Francis A. Schaeffer & Udo Middelmann (Paperback) 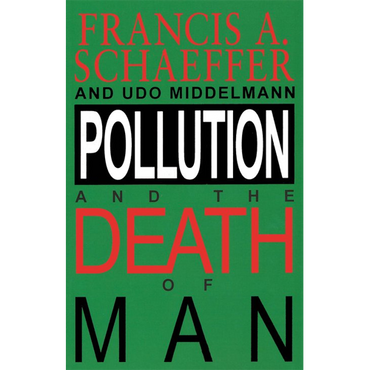 Pollution and the Death of Man by Francis A. Schaeffer & Udo Middelmann (Paperback)

The Bible is clear: mankind was meant to exercise godly domination over the earth. Yet today men mine valuable resources by whatever method brings the greatest profit in the shortest time, leaving the earth ravaged. They hunt and fish for pleasure, not food, leaving animal carcasses behind to rot. They worship self and ignore the God who made them. The answer to the ecological crises of our day is found only in the glorious truths of biblical Christianity: God created ex nihilo; He is both infinite and personal; we are made in His image and thus have great value in Him; Christ's death brought redemption from the consequences of the Fall (for believing individuals now and for all creation when He returns). There are indeed serious ecological crises in our world, but, says Dr. Francis A. Schaeffer, one of the greatest Christian thinkers of our time: "The Christian who believes the Bible should be the man who—with God's help and in the power of the Holy Spirit—is treating nature now in the direction of the way nature will be [when Christ returns].... God's calling to the Christian now, and to the Christian community, in the area of nature... is that we should exhibit a substantial healing here and now." A powerful Christian classic—a marvelous theological response to ecological danger signals.

Recognized internationally for his work in Christianity and culture, Francis A. Schaeffer authored more than twenty books, which have been translated into a score of languages and sold millions worldwide. He and his wife, Edith, founded L'Abri Fellowship international study and discipleship centers. Schaeffer passed away in 1984, but his influence and legacy continue worldwide.

Udo W. Middelmann is president of the Francis A. Schaeffer Foundation. He is a graduate of Covenant Theological Seminary and a longtime worker at Swiss L'Abri. Udo and Debbie Middelmann have five children and three grandchildren.

This book was originally written in the early 1970's, as an early response to the rapid spread of anti-Christian environmental books. Now I say "anti-Christian" not in the sense that environmentalism is anti-Christian, but in the sense that Christianity has been getting the blame for the world's environmental ills. In other words, Schaeffer is warning the church to start paying attention to its duties to the earth and environment, because we are getting the blame for pollution and etc...
He rightly points out that Christianity is somewhat responsible for environmental problems, but shows that Bible-practicing churches and members should wake up and see what the Bible really says on the issues. By shuffling the environmental issue back into the corner and ignoring it, we push environmentally concerned people into the Eastern religions and away from Christianity. Since John Passmore's famous book, which blames Christianity's view of dominion (Genesis/Eden) for Western Civilization, and Puritanism for the demise of American ecosystems, the environmental movement has begun rejecting Christianity as a cure. Furthermore, dispensational theology which sees the world as collapsing and being annihilated by Jesus after the Millennium, in favor of building a new Earth, quite strongly implies that we needn't bother with such earthly issues, since the earth will "pass away" no matter how nicely we tend it (rearranging the deck chairs on the Titanic). So Passmore and others are somewhat correct, that Christianity has fallen flat on its face in regard to environmental issues. Schaeffer in this book prophetically warns about it, and turns out to be correct.
It is not full of statistics and charts, this is a philosophical book with deep insights by a great Christian thinker. It is interesting that only in recent years, thirty years later, do people finally decide to read it! It should be required reading in seminaries, and attended to by anyone in Christianity who believes in Christian stewardship of the world.