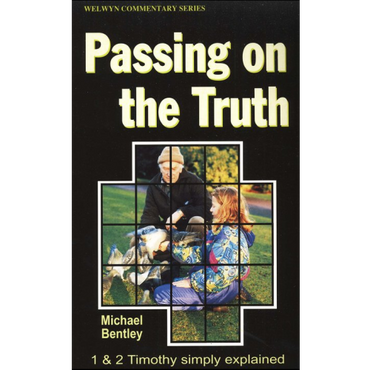 Paul wrote his first epistle to Timothy so that the Christians at Ephesus should 'know how people ought to conduct themselves in God's household, which is the church of the living God, the pillar and foundation of the truth'. The epistle contains a wealth of practical help and guidance on the administration and care of local churches, including the roles of men and women, the appointment and responsibilities of church officers, the financial support of elders and the care of widows. The second epistle to Timothy was to be Paul's last letter, written from prison as he awaited his final trial and execution. In it we catch a glimpse of the human side of the great apostle as he feels loneliness and longs for a last visit from his younger friend. Central to both epistles if the theme of the apostle's concern to warn against false doctrine and his charge to Timothy, and through him to succeeding generations of believers down the ages, to guard faithfully as a precious deposit the truth entrusted to him by Paul and the other apostles and to pass it on to others.