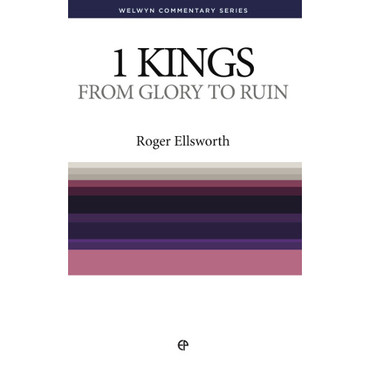 1 Kings traces the history of God's people from the heights of glory and prosperity enjoyed during the reign of Solomon, through the subsequent division into seperate northern and southern kingdoms, and on to the dark days of Elijah's lone stand on Mount Carmel against the worshippers of the false God Baal and its aftermath. The example of Solomon and those who followed him stands as a stark warning to Christians today of the serious consequences of disobedience to God's revealed Word. The same God who would not countenance devotion to false gods will brook no rivals in the affections of his people today.