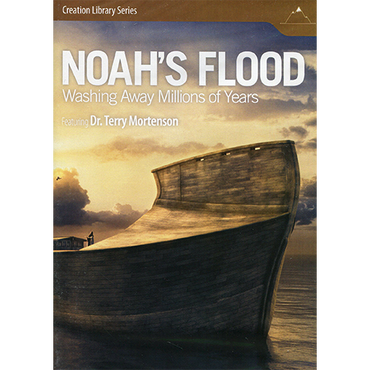 Dr. Terry Mortenson earned a PhD in the history of geology from Coventry University in England. His thesis focused on the "scriptural geologists," a group of men in the early nineteenth century who fought the rise of the old-earth geological theories.

Noah's Flood Washing Away Millions of Years Producer: Answers in Genesis Creation Library Series Can you believe in millions of years and a Noachian Flood or are they mutually exclusive? Are there modern-day examples of layered canyons being formed in a matter of hours (not millions of years)? Dr. Terry Mortenson answers these questions and many more in this fast-paced, illustrated lecture. You will see solid scientific evidence for a global catastrophic flood and discover the erroneous teachings of some nineteenth century historians. This DVD is a must for those who want to deepen their understanding of this controversial subject and their respect for the trustworthiness of God's Word.