Logic On Fire: The Life and Legacy of Dr. Martyn Lloyd-Jones (DVD Documentary) 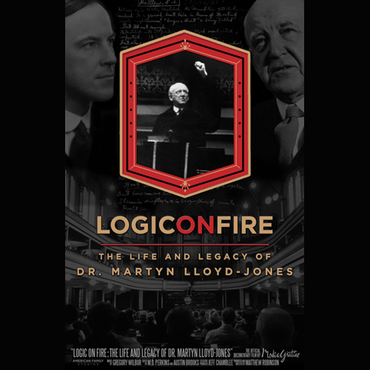 Logic On Fire: The Life and Legacy of Dr. Martyn Lloyd-Jones (DVD Documentary)

Logic on Fire is a feature-length documentary with over 4.5 hours of special features, a 128-page book, and much more. View the “DVD Features” below to see all that is included in this 3-DVD special edition set.

‘I think it was Packer who said, to hear Lloyd-Jones was not so much to hear and analyze and experience a piece of oratory, but to come into the sense of the presence of God…I think he did that, perhaps, in the 20th century, better than anybody.’ — JOHN PIPER

Logic on Fire: The Life and Legacy of Dr. Martyn Lloyd-Jones

Work of the Holy Spirit

1. More From the Family

Jonathan Catherwood – Sandfields and His Grandparents

Liz Desmond – Being a Child in Westminster Chapel

Ian M. Densham – In the Literal Presence of Preaching

Jeremy Walker – Modern Preaching and the Problem of Men

What is “Behold Your God?”

Week 11: Avoiding the Lies of Pragmatism

Dr. John Snyder uses the example of Dr. Martyn Lloyd Jones’ ministry to illustrate the “Beholding God: Avoiding the Lies of Pragmatism.” Media Gratiae’s Behold Your God: Rethinking God Biblically is a 12-week multimedia Bible study led by Dr. John Snyder that focuses on God’s self-revelation in the Bible, helping the believer to apply the descriptions of God to all of life.

–     Thoughts on the score by soundtrack artist Gregory Wilbur

–     Transcripts of the four sermons used in the movie: