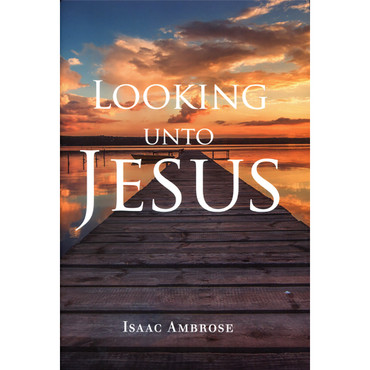 This book was written after a serious illness which led the author to meditate deeply on what the Lord Jesus had done for him. He considers in detail different facets of the person and work of Christ. The work is divided into five sections. Book I is an introduction to the subject, in which the author urges the reader to focus on Jesus exclusively. Book II considers the eternal generation of the Son and “the great treaty in eternity [between] God and Christ to save souls.” Book III considers Christ as promised throughout the Old Testament in “covenants of promise” manifested to Adam, Abraham, Moses, David, and Israel. Book IV contains six parts that address Christ’s conception, the years of His ministry, His suffering on the cross, His resurrection, His ascension, and His intercession. Finally, Book V examines Christ’s second coming, Judgment Day, and His relationship with the redeemed for all eternity.

Looking unto Jesus has been compared to the writings of John Bunyan due to its impact on many Christians in their walk with God. The author follows every major doctrinal section with practical application aimed at the heart. On the subject of temptation he writes, “Christ was tempted that he might succor them that are tempted: never art thou tempted, O my soul, but Christ is with thee in the temptation: he hath sent his Spirit into thy heart to make intercession for thee there; and he himself is in heaven, making intercession and praying for thee there.”

Isaac Ambrose was born in England in the year 1604. He was a Puritan nonconformist during a turbulent time of English history and suffered ejection from the pulpit as a result of the Act of Uniformity of 1662. Despite the political and social upheaval surrounding him, it has been remarked that his writings are surprisingly free of controversy, focusing mainly on experiential Christianity. After the Act of Uniformity, he lived among friends until his death in 1664.