The Power of God Unto Salvation by Benjamin B. Warfield- 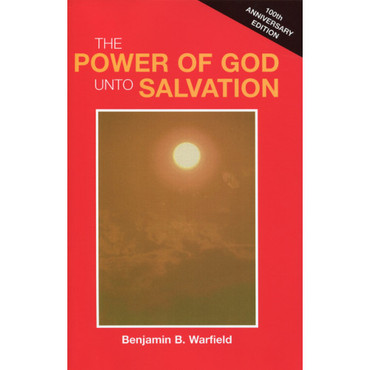 The Power of God Unto Salvation by Benjamin B. Warfield-

In 1903 the Presbyterian Board of Publications sent forth a volume containing Eight Sermons by Dr. Benjamin B. Warfield. The title given to the volume summed up the theme of the entire book: The Power of God unto Salvation. This is the one hundredth anniversary of the publication of that first volume of Warfield's sermons, and Solid Ground Christian Books is preparing to commemorate this with an Special Anniversary Edition of this book.

In addition to the eight sermons, we are also excited to announce that we will have an Appendix containing a little-known work of Warfield's entitled Four Hymns and Some Religious Verses by Benjamin B. Warfield. Many years ago I was shown this work by Dr. William Harris at the Princeton Seminary Library, and believe it will be a fitting addition to this new edition of The Power of God unto Salvation.

All the Sermons included in this volume were preached in the chapel of the Theological Seminary at Princeton.