John Owen: The Man & His Theology 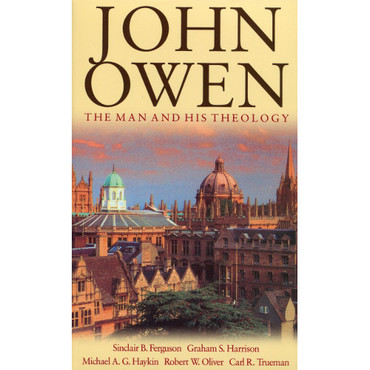 John Owen: The Man & His Theology

The chapters of this book were originally delivered as papers at a symposium on the life and teaching of John Owen at the John Owen Centre for Theological Study, London, England.

John Owen’s life from 1616–1683 spans one of the most momentous epochs in the history of Britain. How should we assess this man of so many talents, in turn a country pastor, an army chaplain, head of an Oxford college and vice-chancellor before becoming a leader among the persecuted Noncomformists? Beginning with an overview of his life and the times he lived in, the contributors to the symposium consider various aspects of John Owen’s theology and the impact that his work had on his own day and ours. As Carl R. Trueman states in his paper, “I do wish to commend Owen to students, ministers, and thoughtful Christians in general, as a good example of how theology can be done in a serious and profound manner."

For those who know little of Owen, this collection of lectures is a good place to begin learning more. It will challenge you to read the writings of Owen himself. The book addresses his life history, as well as his theology, and demonstrates how Owen put his theology into practice.

Arguably Owen is the best orthodox theologian England has ever produced. If you are looking for someone to read who will direct your thoughts to God, then Owen deserves serious consideration, and this book will get you started on that path.