Calvin and the Calvinists 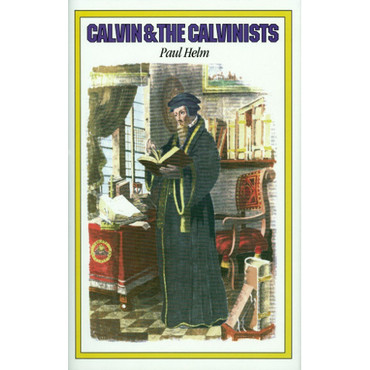 Calvin and the Calvinists

Many have taken it for granted that the Calvinistic theology which spread across the western world in the seventeenth century was substantially the theology of John Calvin himself. it was a considerable surprise therefore when Dr. R. T. Kendall attempted to show, in his Calvin and English Calvinism to 1649, published in 1981, that later Calvinism was in fact a departure from the theology of the Reformer.

In this pioneering study Paul Helm shows that the substantial claims that Dr. Kendall makes over the alleged theological departures from Calvin, about the relation between the death and intercession of Christ and the character of saving faith and conversion, cannot be supported from Calvin, but rest on distortions and misunderstandings. With the onset of the Counter-Reformation and the rise of Arminianism questions had to be faced which Calvin himself did not address. However, the Reformed theologians who tackled these issues did so in ways that were entirely consistent with the thought of Calvin himself.

Since Calvin and the Calvinists was first published in 1982 further scholarship has confirmed and developed its main claims. But this careful and clear exposition remains of abiding value, not only for the scholar but also for all Christians who are concerned to evaluate their own theological heritage.

Paul Helm was educated at Worcester College, Oxford. He taught philosophy at the University of Liverpool, and was appointed to the Chair of the History and Philosophy of Religion, King’s College, London, in 1993. He was the J. I. Packer Chair of Theology at Regent College, Vancouver, from 2001 to 2005, when he was appointed a Teaching Fellow.

‘Paul Helm’s Calvin and the Calvinists is by far the best and clearest response to Kendall’s essay on ‘Calvin and English Calvinism to 1649′. Helm demonstrates conclusively that Kendall has misinterpreted Calvin’s successors. Where Kendall claims an intellectualist approach for Calvin and a voluntarist view in the Puritans, Helm shows clearly that both Calvin and Puritans taught the interrelationship of intellect and will in the act of faith. Where Kendall claims a universalist view of atonement for Calvin over against his successors, Helm demonstrates a continuity of doctrine. One can only hope that the majority of those who have been subjected to Kendall’s work will look to Helm’s essay for a sound corrective.’ — RICHARD A. MULLER, Calvin Theological Seminary